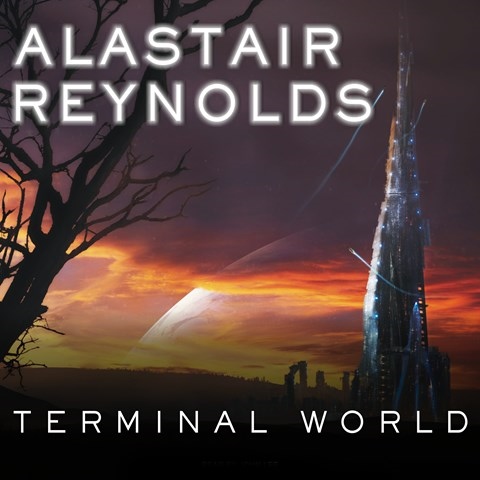 Quillon’s planet is dominated by the last human city, Spearpoint, where he works as the morgue’s pathologist. John Lee’s narration enhances the mood of Reynolds’s story—a combination of travelogue and noir. As Quillon struggles to survive and to bring aid to the devastated people of Spearpoint, Lee builds the tension in rich, smooth tones. His vocal characterizations are a perfect fit for the various characters: Meroka, Quillon’s traveling companion outside of Spearpoint; angels, the Swarm and its leader, Ricasso; and others. Lee delivers tense escapes, gutsy fight scenes, and unfeasible coincidences with aplomb. S.C.A. © AudioFile 2010, Portland, Maine [Published: OCTOBER 2010]