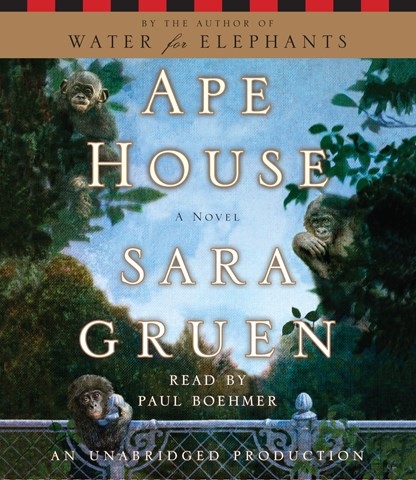 Sara Gruen’s APE HOUSE sets interpersonal—and interspecies—relationships against a dramatic backdrop of animal rights and reality television. Both Gruen and narrator Paul Boehmer are at their best when describing the bonobos and their interactions with the people around them, particularly their caregiver, Isabel, whose point of view, along with that of reporter John Thigpen, informs the majority of the story. The two main secondary characters are women, and Boehmer’s voicings of these two, in particular, leave something to be desired. Both are exaggerated, with Isabel's assistant, Celia, having a grating and oddly pronounced accent. His weaknesses in conveying the femininity of the three women drifts into the rest of his delivery, leaving the majority of the narration sounding unconvincing. J.L.K. © AudioFile 2010, Portland, Maine [Published: OCTOBER 2010]