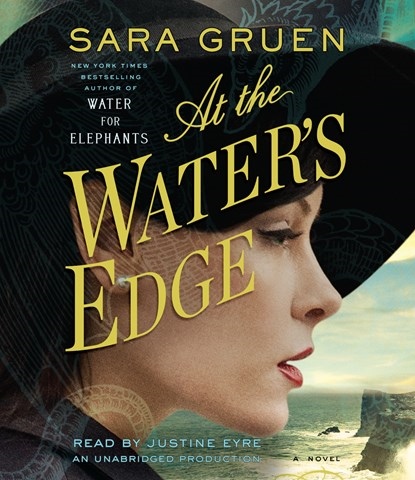 AT THE WATER'S EDGE

Narrator Justine Eyre transports listeners to the mid-twentieth-century Scottish Highlands in Gruen's story of love and monsters. Maddie Hyde follows her husband and his best friend from Philadelphia to Scotland to prove the existence of the Loch Ness Monster and regain the favor of Maddie's father-in-law. Eyre does a wonderful job with the multitude of voices and accents in the story, deftly switching between American and Scottish accents and subtly denoting character traits from personality to educational level. Gruen develops her characters, particularly Maddie, incredibly well over the course of the story, and Eyre's skillful narration ensures that listeners engage with Maddie on her journey of self-discovery. J.L.K. Winner of AudioFile Earphones Award © AudioFile 2015, Portland, Maine [Published: MARCH 2015]