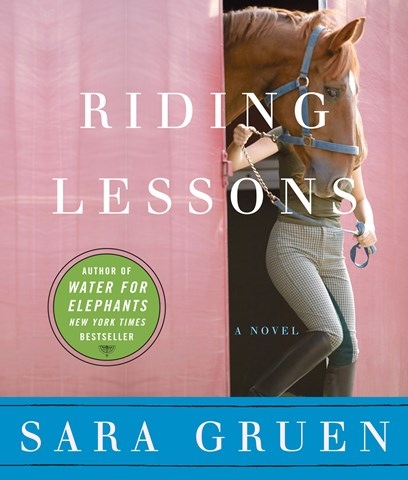 After Annemarie Zimmer loses her job, she learns that her husband is leaving her, her sullen teenaged daughter is being expelled from prep school, and her father is suffering the final stages of ALS. Frazzled, nearly unhinged, Annemarie retreats with her daughter to her parents’ New Hampshire horse farm. There, 20 years earlier, a tragic riding accident destroyed Harry, the horse she loved, and her own Olympic hopes. Maggi-Meg Reed takes the self-absorbed, irritating Annemarie and turns her from harridan to human, making her shrewish outbursts understandable, if not laudable. When Annemarie discovers a damaged horse who might be Harry’s brother, Reed is completely convincing as Annemarie’s elation turns to obsession. Gruen’s emotionally overwrought story, with its grating main character, benefits from Reed’s multilayered narration. S.J.H. © AudioFile 2011, Portland, Maine [Published: JUNE 2011]