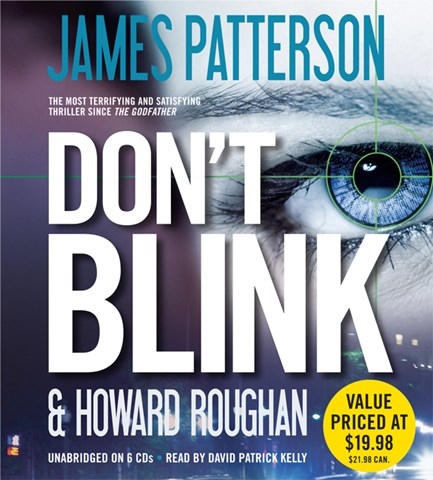 Patterson and Roughan explore the worlds of journalism, the Mob, and politics. They deserve kudos for understanding how journalists work—a quality that is rare among novelists. Magazine reporter Nick Daniels lands an exclusive interview with a reclusive disgraced baseball star. But before he can ask any questions in the fancy restaurant, a Mob lawyer is brutally murdered just feet away, and Daniels suddenly finds himself on the wrong side of a news story. Actor David Kelly takes the listener on a twisting, turning path through truth and lies as Daniels digs into the story in which he is the main player. Kelly’s enthusiasm, flair for accents, and contagious excitement make DON’T BLINK the perfect cure for that long drive to the office. M.S. © AudioFile 2011, Portland, Maine [Published: FEBRUARY 2011]