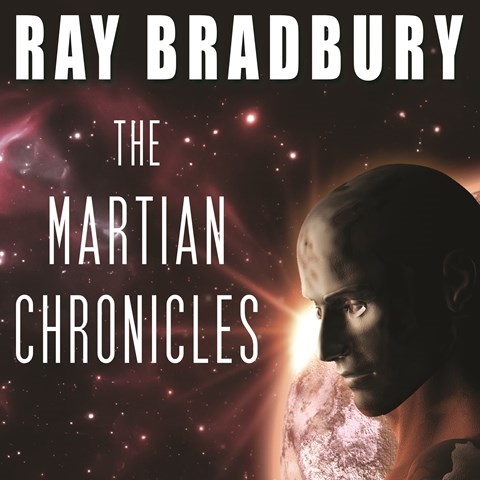 This series of interconnecting short stories about life on Mars is not strictly science fiction but rather a thoughtful and elegant exploration of the human condition that just happens to be set on another planet. Scott Brick takes a slow pace that suits the tales, with their old-fashioned language, full of “goshes” and “gees.” But the author’s style doesn’t detract from the power of his text, and Brick’s smooth voice imparts all the drama and solemnity of humans making their way in an alien world. His voice trembles with rage and fear, soothes with velvet tones, and captures the drama of a newsreel announcer when talking about rocket ships. Brick is the perfect narrator to bring these classic stories to new listeners. G.D. Winner of AudioFile Earphones Award © AudioFile 2010, Portland, Maine [Published: OCTOBER 2010]