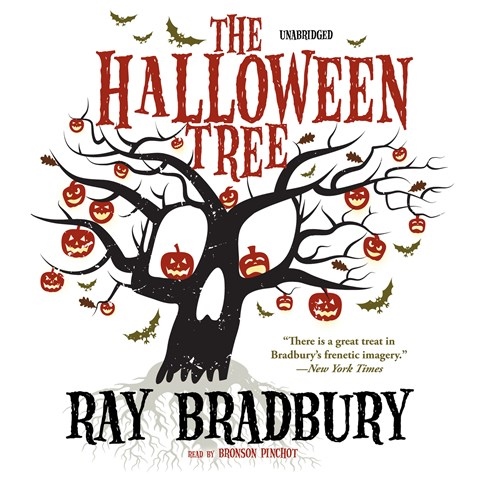 One of America’s foremost storytellers, Ray Bradbury, spins this fairy-tale story of Halloween night and all the mystery it entails. Bronson Pinchot invests this short novel with a dignified air. Some boys who are out trick-or-treating lose one of their number and enlist a friendly spirit to help retrieve him from the land of the dead. The spirit transports them across the centuries to learn how fear of death has influenced the history of Halloween. Pinchot often whispers his narration to the point of inaudibility—this is not a book to listen to on a noisy commute. The spirit, Moundshroud, is the chief offender here, almost sighing his dialogue. While the boys are loud enough, they all sound similar. However, they’re usually named in the text, so lack of character differentiation isn’t a problem. A.Z.W. © AudioFile 2011, Portland, Maine [Published: NOVEMBER 2011]