Home»Reviews»COMFORT TO THE ENEMY AND OTHER CARL WEBSTER STORIES 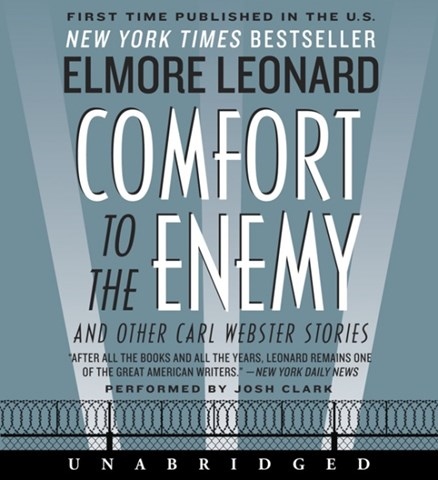 COMFORT TO THE ENEMY AND OTHER CARL WEBSTER STORIES

Cowboy hotshot Carl Webster is a U.S. marshal. Leonard’s latest account of his adventures traces his career from the 1930s, when he faces down gangsters, to the 1940s, when he pursues Nazis in Africa during WWII. The production includes a novella and two stories, all of which narrator Josh Clark cleanly enunciates with the lead character’s Western drawl and raspy timbre. Clark’s portrayal of Webster delivers his single-mindedness and cool attitude as he pursues justice in times past. Clark depicts secondary characters—bank robbers, gunslingers, gun molls, and the like—with well-paced timing. A Western hero pitted against gangsters and Nazis—what could be better? S.R. © AudioFile 2011, Portland, Maine [Published: APRIL 2011]