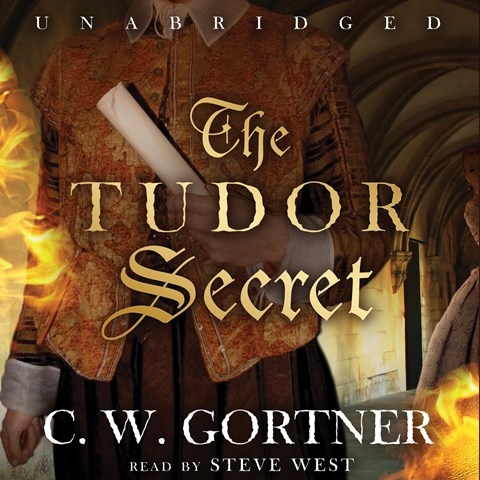 THE TUDOR SECRET The Elizabeth I Spymaster Chronicles

Gortner’s historical mystery is filled with the courtly intrigue that abounded during Edward VI’s brief reign. Narrator Steve West is wonderfully sinister when giving voice to the obsequious noblemen whose shifting alliances stymie young Brendan Prescott. He’s new to court and caught in something much bigger than he can imagine. West’s work falters a bit when speaking for women and members of the lower class; in these instances his voice sounds a bit forced and unnatural. This is a minor complaint, however, since the majority of Gortner’s characters are part of the nobility. In the end, THE TUDOR SECRET is a riveting mystery. J.L.K. © AudioFile 2011, Portland, Maine [Published: JUNE 2011]