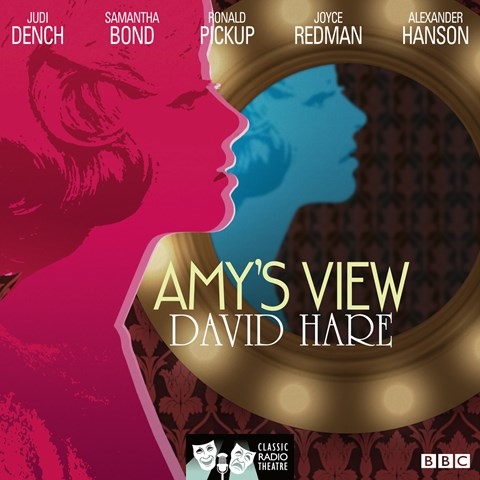 Amy (Samantha Bond) is torn between her husband, a TV celebrity (Ronald Pickup), and her mother, a well-known actress (Judi Dench). (The cast is mostly that of the original British stage production.) Hare's play takes them from 1979 to 1995, pausing at dramatic moments in their often-difficult lives, relationships, and circumstances. The text is somewhat contrived and discursive, and its purported theme of the nature of sacrificial love has to be spelled out at the end. But scene by scene, the emotionally fraught interpersonal drama, played by such accomplished actors, especially the remarkable Dench, keeps the listener focused and involved. A bit of discreet narration for this radio version gracefully helps with action we can't see. An affecting production of an intelligent, if not exactly impressive, piece. W.M. © AudioFile 2011, Portland, Maine [Published: DECEMBER 2011]