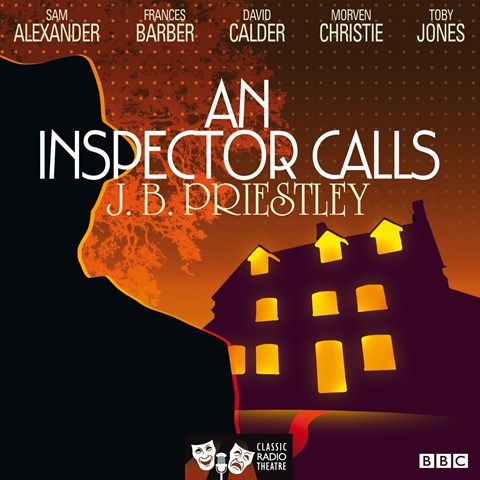 This BBC Radio title is an entertaining studio production based on Priestley’s popular UK stage play of the same name. The talented cast expertly depicts Arthur and Sybil Birling, a prominent British couple celebrating the engagement of their daughter at a family dinner party. The celebration is interrupted by the arrival of a police inspector who is inquiring about the suicide of a young woman. Each family member is interrogated by Inspector Goole, skillfully portrayed by Toby Jones, as he works to connect each of them to the suicide. Through the interrogation we learn of family secrets ranging from affairs to excessive drinking and malevolence. Listeners will be treated to Priestley’s socialist sentiment, a full cast of commanding performances, and well-placed sound effects. K.C.R. © AudioFile 2011, Portland, Maine [Published: NOVEMBER 2011]