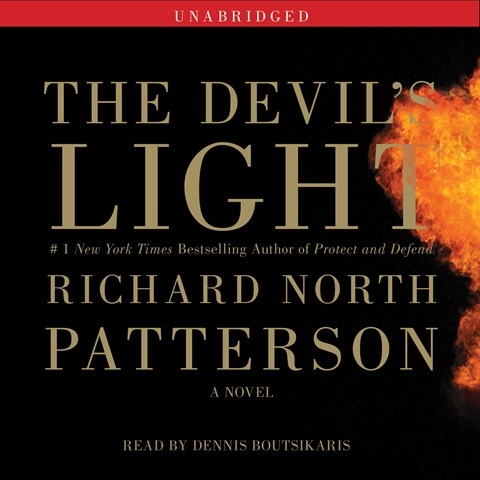 To commemorate the tenth anniversary of the 9/11 attacks, Osama bin Laden announces his intention to destroy an American city, via a stolen nuclear device. CIA operative Brooke Chandler thinks the threat is a feint and that the real attack will occur in Israel. Narrator Dennis Boutsikaris keeps the tension high as Chandler investigates his suspicions and subtly delivers the complexities of his friendships and his romance with an Israeli. The story is sometimes more of a treatise on the Middle East situation than an exciting thriller. Still, Patterson's plot and Boutsikaris’s narration keep the listener engaged, even to the point of making one forget that the real Osama bin Laden never lived to see the novel’s August/September 2011 timeframe. J.P.M. © AudioFile 2011, Portland, Maine [Published: JULY 2011]