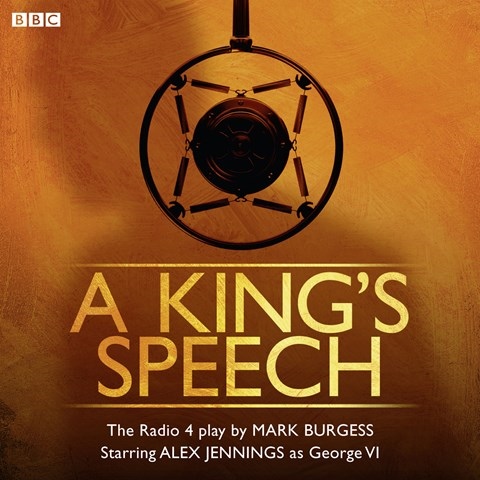 This 45-minute radio play—which is more condensed than the 2010 Oscar-winning film—takes place on a single day, Coronation Day, May 12, 1937. King George VI has made it through the coronation ceremony but still faces the ordeal of the live radio broadcast to the nation. Although the play is performed by a full cast, most of the dialogue features the king (Alex Jennings) and Australian speech therapist Lionel Logue (Trevor Littledale) as they discuss the impending speech, their therapeutic history together, and the king’s childhood with a father who was impatient with his stutter and left-handedness. Jennings makes clear the king’s difficulty with the hard “c” sound in the words “crowned,” “king,” “commonwealth,” and “queen” but also conveys that his speech has improved. A.B. © AudioFile 2011, Portland, Maine [Published: NOVEMBER 2011]