Home»Reviews»ALCATRAZ VERSUS THE EVIL LIBRARIANS 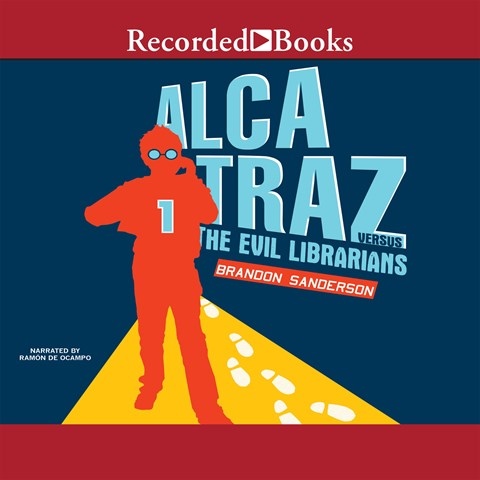 ALCATRAZ VERSUS THE EVIL LIBRARIANS

Clumsy is a kind word for Alcatraz Smedry’s unfortunate tendency to dissolve the homes of his foster parents. Then he encounters his grandfather, who demonstrates that this fatal klutziness is actually a gift designed to save the world from a cult of evil librarians. Ramon de Ocampo balances the ironic tones of the teen Alcatraz, the dry wit of the world rescuers, the malevolence of the librarians, and the hautiness of time-traveling dinosaurs and other hilarious, baleful critters. De Ocampo’s straightforward narration of the most absurd of tales works splendidly. The book’s foreword claims that this book will be published as a work of fantasy in librarian-controlled nations such as the United States—but is really a biography. D.P.D. © AudioFile 2012, Portland, Maine [Published: MAY 2012]