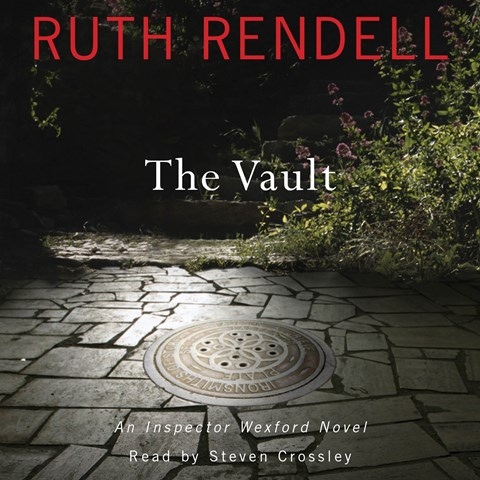 THE VAULT An Inspector Wexford Novel

Reg Wexford, Rendell's long-admired detective inspector of Kingsmarkham (since 1964), has retired and now lives part time in London, where he becomes involved in a gruesome discovery: Three old corpses and a newer one are found in a coal bin. The carefully structured plot unfolds neatly. Narrator Steven Crossley gives longtime Wexford enthusiasts a vivid presentation of the detective we’ve come to love. The other characters—nasty neighbors, fussy family members, vicious thugs, exploited Eastern European girls, and other Londoners—are convincingly portrayed and distinctive. It’s good to light upon Reg and family again, especially as they are illuminated by the talents of Steven Crossley. D.L.G. © AudioFile 2011, Portland, Maine [Published: OCTOBER 2011]