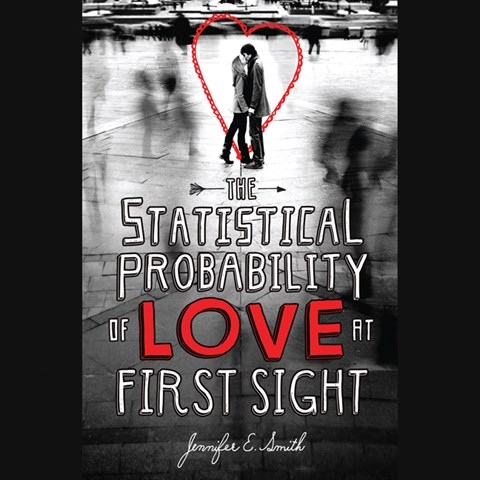 THE STATISTICAL PROBABILITY OF LOVE AT FIRST SIGHT

When Hadley Sullivan just misses her flight to London for her father’s wedding, she never imagines how those four minutes will change her life. Narrator Casey Holloway adds a mature tone to her portrayal of the youthful Hadley. Her seatmate, Oliver, the boy she falls in love with on a later flight from New York, has a British accent, though his voice comes across as a little too high pitched. There isn’t always clear definition between the British characters Hadley encounters at the wedding and on her madcap race across town to find Oliver, but the accents—both British and Scots—remind the listener that Hadley is outside her comfort zone in another country and is coming to terms with her father’s new life. The story’s changes in pace follow the highs and lows of Hadley’s journey, and Holloway captures all the adventurous teen’s feelings. E.N. © AudioFile 2012, Portland, Maine [Published: MARCH 2012]