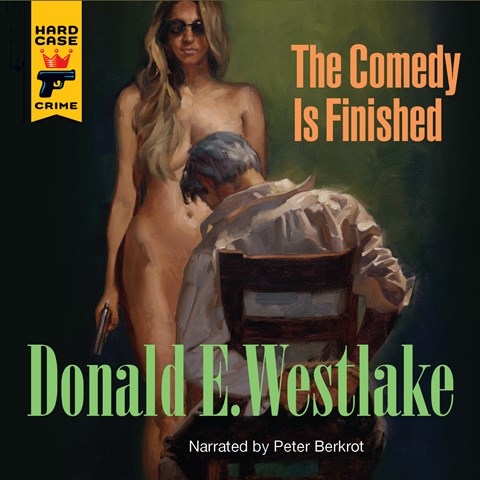 THE COMEDY IS FINISHED

When Westlake, master of the comic caper novel, develops a story around the late-‘70s kidnapping of America's most renowned has-been comedian by a group of revolutionary wannabes, one might expect plenty of humor. Instead, we find a story that examines the major characters and their motivations. Peter Berkrot's narration is compelling, and he doesn't let the story lag. Curiously though, he frequently lapses into a Southern accent, which is unsupported by the story. In spite of this, his voices are suited to the well-drawn characters. If we take the title literally, the comedy is finished—that is to say, there’s no comedy to the story. Berkrot acknowledges this by not forcing humor where it doesn't exist. Instead, we hear an absorbing narration. F.T. © AudioFile 2012, Portland, Maine [Published: MAY 2012]