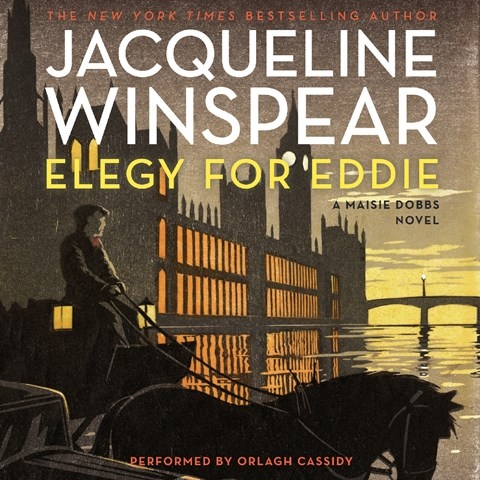 Maisie Dobbs is a complicated and appealing investigator, here on her ninth outing. She has risen from the mean streets of Lambeth through England’s social strata, becoming a psychologist and heiress to her late mentor’s fortune. All this upward mobility makes voicing her tricky—do we hear her rough origins in her speech? Orlagh Cassidy thinks not; her Maisie’s diction is veddy refined, though the suspicious death of her childhood acquaintance, sweet, slow horse-whisperer Eddie Pettit, draws her back to the Lambeth of her roots. The plotting covers a canvas of England between the wars, with horses being phased out and Hitler gathering strength, and even a dispirited Winston Churchill doing a cameo. Cassidy makes it a rich riot of voices, vivid, convincing, and delightful. B.G. © AudioFile 2012, Portland, Maine [Published: MARCH 2012]