Home»Reviews»THE CARE AND MANAGEMENT OF LIES 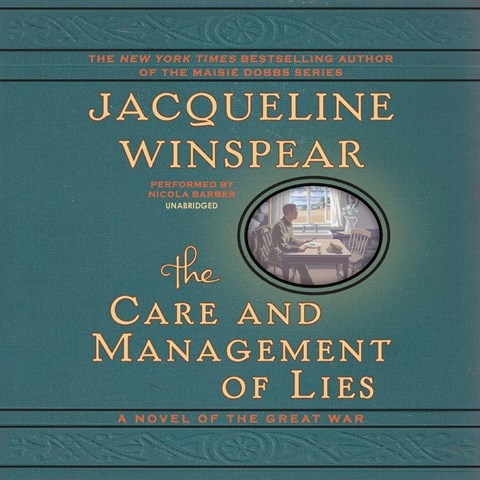 Narrator Nicola Barber builds tensions and personalities with a delicate touch. Newlyweds Tom and Kezia keep busy with the family farm even as the ominous rumblings of WWI are being felt around the world. Barber keeps her performance understated and charming. Later, as Tom fights on the front in France, his sister, Thea, Kezia’s best friend, enlists as an ambulance driver. From the homefront, Kezia writes to Tom, describing sumptuous meals she imagines preparing for him. Barber’s sensitive delivery of Winspear’s precise period details and mannered character behaviors is entirely convincing. Listeners spend time with a group of ethical, decent people, and Barber makes them real. S.J.H. © AudioFile 2014, Portland, Maine [Published: OCTOBER 2014]