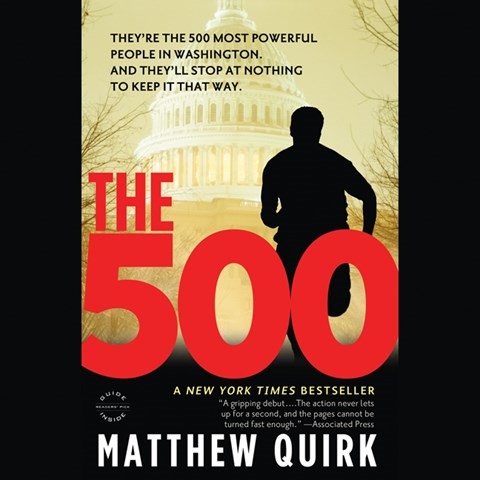 Jay Snyder makes this a terrific listen. It’s an exciting Washington-insider mystery of political corruption with the usual multiple plotlines and mix of characters. The story drags in some places, but Snyder carries the listener over those speed bumps. Snyder is so good that it’s worth mentioning how well he does even with the female voice of a GPS navigation system. He uses relatively little character voicing, but his ability to inject action with his power of speech and spot-on pacing makes full voicing unnecessary. He also achieves good character and gender differentiation, so we never get the multitude of players mixed up. M.C. © AudioFile 2012, Portland, Maine [Published: JUNE 2012]