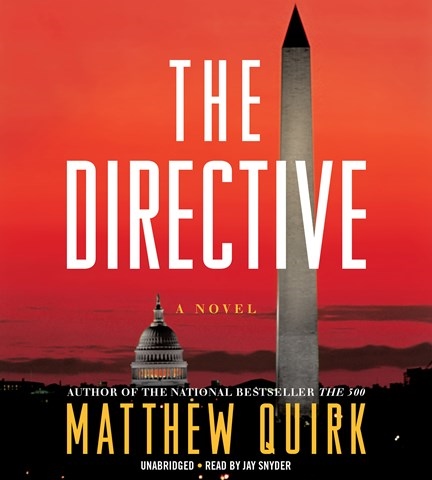 Mike Ford is looking to the future, but his past keeps dragging him back. Listeners can hear that conflict in the versatile voice of narrator Jay Snyder as Ford, an attorney who is set to marry his monied fiancée, gets pulled into a daring heist to save his brother, Jack, a con man. Mike spends most of the production seeking a safe way out of this impossible job, which is stealing a market-influencing document from the Federal Reserve Bank. In addition to Mike's wise-guy cadence, Snyder creates distinctive voices for all the main characters whether they’re forces for good, bad, or something in between. His performance captures the energy of this breakneck thriller. D.E.M. © AudioFile 2014, Portland, Maine [Published: JULY 2014]