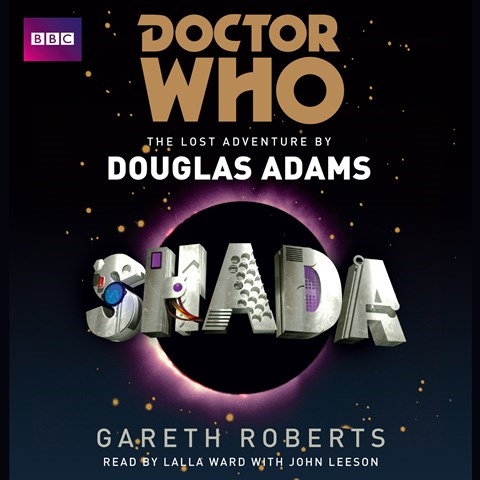 DOCTOR WHO: SHADA The Lost Adventure

"Shada" is the notorious partially completed, never-aired “Doctor Who” television episode, originally scripted by Douglas Adams. This novelization by veteran “Doctor Who” writer Gareth Roberts fills the gaps left by Adams and crafts it into an entertaining sci-fi romp. Lalla Ward, Romana in the TV series, proves to be an agile voice artist, and her characterizations are informed by her insider knowledge. John Leeson, the voice of the Doctor’s robot dog, K-9, in the TV series, reprises his role to good effect. This BBC production also features background music and numerous audio effects from the series. “Shada” is a must for “Doctor Who” fans, but it’s also produced in a way that will entice new listeners to the series. F.T. © AudioFile 2012, Portland, Maine [Published: AUGUST 2012]