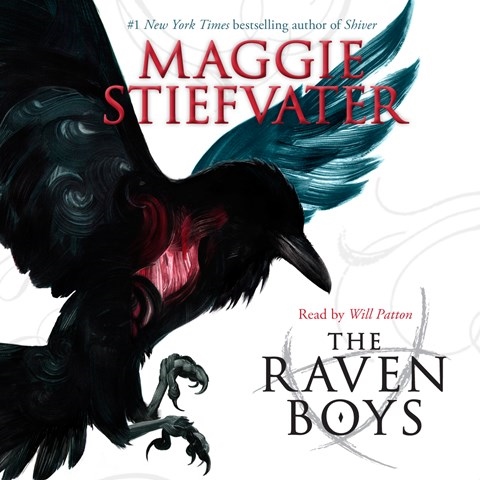 "Do you believe in magic?" Answer that after you've listened to the first title in Stiefvater's new Raven Boys series. Narrator Will Patton takes you into a world of psychic powers, legends of the Welsh King Glendower, and the ley lines (mystical energy fields) that transect a sleepy Virginia town. Patton inhabits young Blue Sargent, who is raised in a family of psychics but whose own power amplifies what others see or sense. Blue is justly wary of the boys from the elite private academy, known as the Raven Boys. Listeners, like Blue, are fascinated and snared by the quest for Glendower led by Raven Boy Gansey. Patton is masterful with the suspense and the mysticism and seductively plays the emotional line of real and imagined events. Don't miss this compelling listen, and pray that Will Patton has already signed on for the other titles of the series. R.F.W. Winner of AudioFile Earphones Award © AudioFile 2012, Portland, Maine [Published: SEPTEMBER 2012]