Home»Reviews»DAYS OF BLOOD AND STARLIGHT 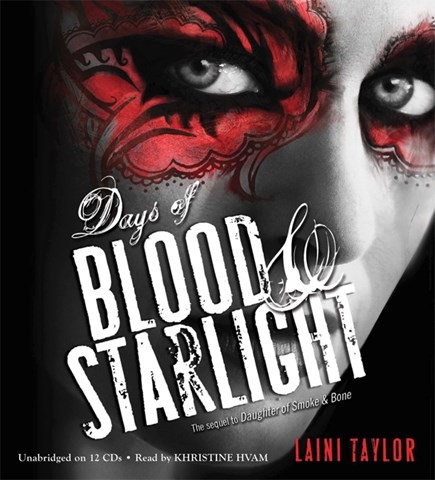 DAYS OF BLOOD AND STARLIGHT

This novel doesn't merely extend the narrative of DAUGHTER OF SMOKE AND BONE, it expands it. Khristine Hvam's narration continues seamlessly. The once confident blue-haired girl, Karou, wades through guilt as the story unfolds from several additional perspectives. In the midst of love and war, Hvam delivers her emotional distress with subtle relish, easing the pace and dropping her voice to a gravelly level. Hvam shifts easily between the formalities of seraphim soldiers and the banter of human teens. Curiously, there aren't many accents among the tribal chimera rebels. The story's core is still Karou's love for Akiva, a love she tries to atone for in an attempt to save what's left of her people. A.M.P. © AudioFile 2012, Portland, Maine [Published: NOVEMBER 2012]