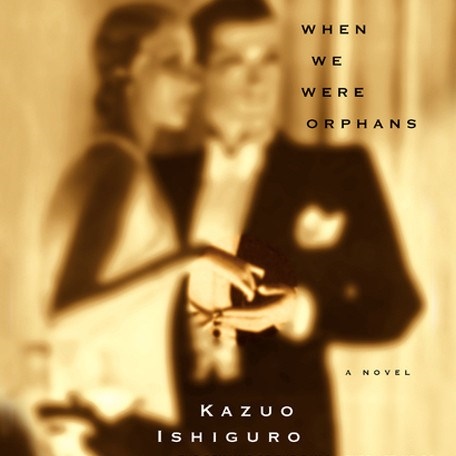 WHEN WE WERE ORPHANS

Christopher Banks, the great London detective who narrates Ishiguro's fifth novel, speaks with an elegance and reserve that personifies the 1930s, when great detectives were celebrated and revered figures. But Banks has a mystery in his own past the disappearance of his parents in Shanghai 20 years earlier, when he was only 9. John Lee conveys both Banks's intelligence and his uneasy depths in this fine performance, which far surpasses the print version as a reading experience. Lee's witty multi-accented reading of tony British and pidgin Chinese brings to life a sometimes stodgy narrative, and gives an edge to Ishiguro's sometimes too subtle humor. The reserved, punctiliously grammatical narrator, a first cousin to the butler-narrator of THE REMAINS OF THE DAY, here again offers a dramatic contrast to the backdrop of the times--the Japanese siege of Shanghai in 1937; the growing unrest and uncertainty of a world moving toward war; and the romance, courage, and resolve so identified with that era. D.A.W. [Published: DEC/JAN 01]