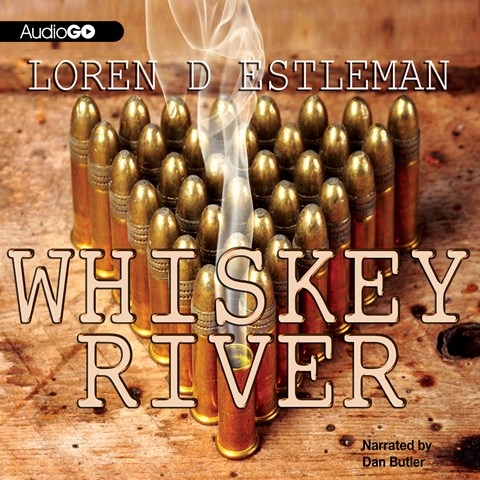 Dan Butler brings the gunshots, cracking ice, broken bottles, and broken dreams of Prohibition Detroit to life as he narrates Estleman’s first book (1990) in his Detroit Crime Series. Listeners are transported to the city of blind pigs, police raids, scary border crossings, shootouts, frenetic newsrooms, and courtroom battles. Butler’s voice presents a likable pair of characters in DETROIT TIMES crime reporter Connie Minor and up-and-coming gangster Jack Dance as the novel pursues the rise and fall of their careers. Whiskey-voiced molls, aggressive police, and gravel-voiced rival mobsters are equally well portrayed. A few Detroit landmarks are not pronounced as one expects, but that doesn’t distract from the fast-paced story of gangsters who run liquor across the lakes and rivers and their city-wide battle for power. D.P.D. © AudioFile 2012, Portland, Maine [Published: NOVEMBER 2012]