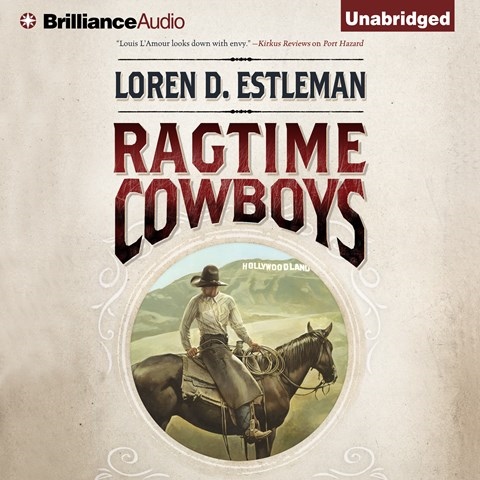 This Western story is a mix of fact and fiction featuring real-life detectives Charles D. Siringo and Dashiell Hammett from the 1920s. Narrator Dan John Miller reads the narratives with an even pace and clear enunciation, but it's his character voices that make the story stand out. Miller deftly portrays ex-Pinkerton Siringo, a cantankerous and humble old man who is asked by Wyatt Earp to take on a horse-thieving case. This leads to a partnership with another ex-Pinkerton, Dashiell Hammett, portrayed nicely by Miller right down to his tubercular cough. The two detectives are led to writer Jack London's ranch and then into serious trouble involving politician Joseph P. Kennedy--all of which is made more interesting by Miller's variety of character voices. M.M.G. © AudioFile 2014, Portland, Maine [Published: JUNE 2014]