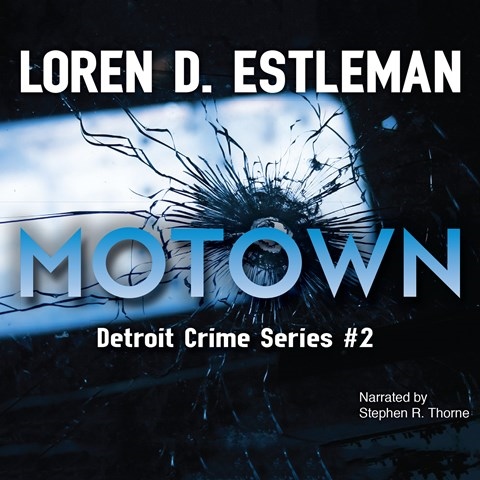 This production of Estleman's 1991 book will bring back fond memories for many. Set in Detroit in 1966, the story includes an impeccable description of the city and its surroundings in that year. There are familiar references to Brylcreem, LBJ, Bobby Kennedy, Berry Gordy, and fanciful vehicles like Pontiac GTOs and '66 Mustangs. All are right on the money. Narrator Stephen Thorne is also right on. He authentically depicts the corrupt police officials, politicians, and a familiar union leader. The charm is not only in the deft weaving of the story about an undercover agent and the variety of characters but also in Thorne's accents, which make you believe you're hearing about real people. A.L.H. © AudioFile 2013, Portland, Maine [Published: MARCH 2013]