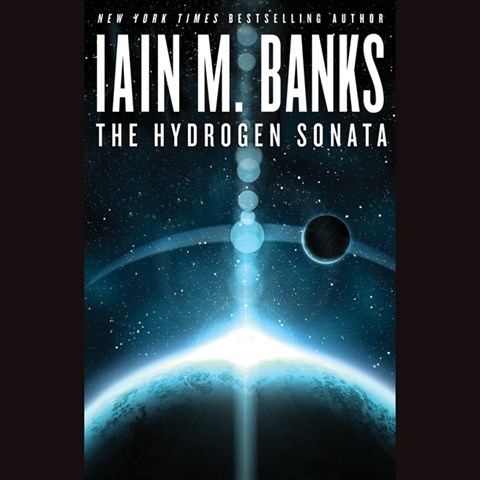 Like Banks's other titles featuring the utopian society called the Culture, THE HYDROGEN SONATA is thematically complex. An entire sentient species chooses to "sublime," that is, to transcend to another plane of existence, and a musician makes a quest to perfect a sonata before the Sublimation Event. Longtime Culture narrator Peter Kenny applies various British accents to each species. The many outrageous names and inventive phrases allow easy differentiation of the characters. Kenny's accents suit the alien names and phrases, and even during extended conversation between various alien species, each speaker is easily identified. Kenny's assured, calm delivery accentuates the humor and pathos. Occasionally he dramatizes the dialogue, enhancing both the action and moments of pure horror. A.Z.W. © AudioFile 2013, Portland, Maine [Published: JANUARY 2013]