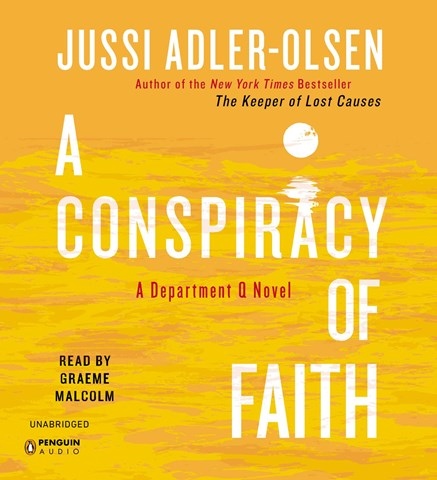 A CONSPIRACY OF FAITH A Department Q Novel, Book 3

Anyone who thinks Sweden has a monopoly on soul-shaking Scandinavian murder mysteries should cross the Øresond to Denmark and sample Adler-Olsen’s police procedurals. The characters and stories of Copenhagen’s Department Q will keep listeners up at night. The plots are cunning, and the eccentric investigators earn their clues. This is the third audiobook in the series but the first with Graeme Malcolm as narrator. His British accent matches the slangy but accessible British English translation. His voices for the central characters are distinct, and their dialogue can be hilarious. It helps to have a map of Denmark handy, but confusing place names don’t dim one’s enjoyment. F.C. © AudioFile 2013, Portland, Maine [Published: AUGUST 2013]