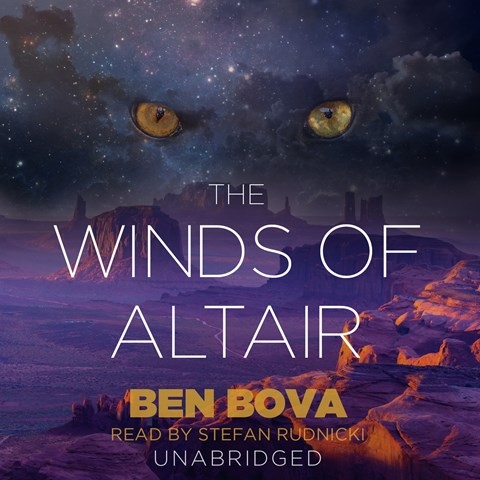 THE WINDS OF ALTAIR

Stefan Rudnicki’s deep, serious voice is a perfect match for a sci-fi tale that focuses on the moral dilemmas that arise when humans attempt to conquer the planet Altair VI to escape a dying earth. He breathes life into the various characters, giving them unique qualities and convincing accents. For instance, he provides Dr. Carbo, the Italian scientist in charge of the expedition, with an accent that sounds natural and stays consistent as he expresses conflicting emotions throughout the course of the story. This story is just as fresh today as it was in 1983, when it was first published. Rudnicki’s melancholy tone builds suspense and leaves listeners with food for thought. E.E. Winner of AudioFile Earphones Award © AudioFile 2013, Portland, Maine [Published: AUGUST 2013]