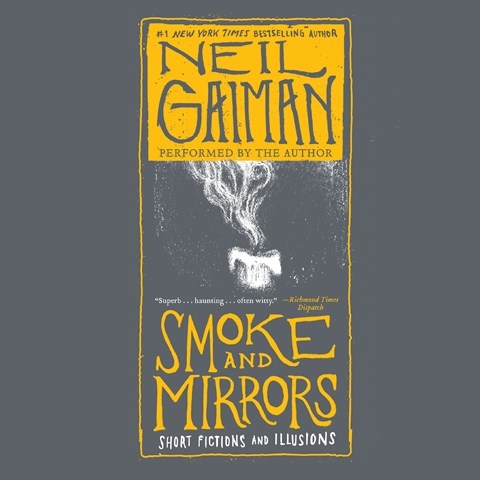 This Neil Gaiman sampler offers further proof that he’s an outstanding storyteller and a strong narrator. The collection of 34 short works, some new and some previously published, includes science-fiction, creation, erotic, and horror tales. The stories are often reminiscent of “Twilight Zone” episodes. Gaiman performs each one with fervor and apt character portrayals. His narration is ethereal and enthralling as it brings his imagination to life, the only distraction being the varying success he has employing American accents. Skip the story introductions until after listening to each title. The author’s reflections on the origins of each tale are more meaningful after having experienced the work. K.C.R. © AudioFile 2013, Portland, Maine [Published: JUNE 2013]