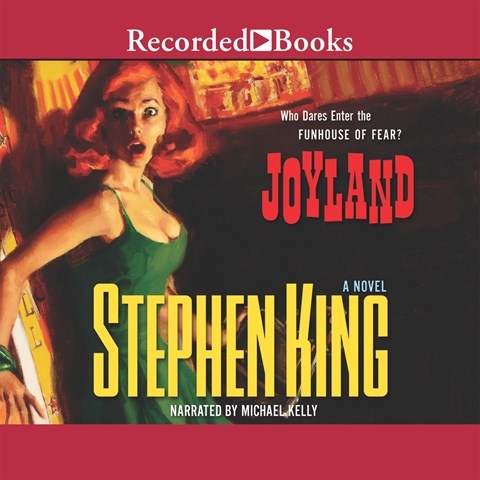 Stephen King is in full form. JOYLAND, narrated by Michael Kelly with just the right touch of innocence, is a creepy story about a young man who gets involved with a dying boy, his beautiful mother, and murder. A little slow at the start, the story quickly turns into an engaging, horror-tinged spookshow of the kind King has made famous. Kelly is convincing as the earnest, confused young hero. His voice convinces us that Devon Jones is a good guy who will always do the right thing. We are passengers in Jones's mind as he tries to chart the course of his life, which was difficult enough before he got involved in a series of grisly murders. M.S. Winner of AudioFile Earphones Award © AudioFile 2013, Portland, Maine [Published: JUNE 2013]