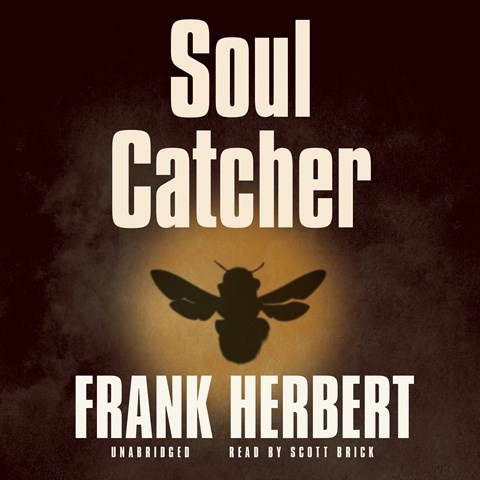 In the heart of the wilderness, two memorable characters grow and change, thanks to versatile narrator Scott Brick. Katsuk is a militant Native American grad student who kidnaps David Marshall, the 13-year-old son of a U.S. undersecretary of state. Both evolve in this discomforting production of Herbert’s 1972 book. As thoughtfully portrayed by Brick, Katsuk begins as a rational disciple of his people's spirits who deteriorates while on a mission of revenge, while David starts as a frightened boy who becomes a capable young man. Brick also ably supplies the cameo voices that round out this paranormal character study. This production is often jarring and difficult to listen to because of its horrifying content, but in the end it provides a satisfying, if heartbreaking, conclusion to two men's journeys. D.E.M. © AudioFile 2014, Portland, Maine [Published: MARCH 2014]