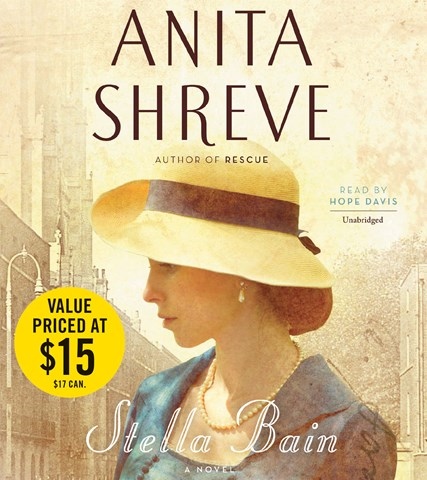 Stella Bain awakens in a field hospital in Marne, France, in 1916 with no memory of her identity other than her name and the fact that she had been an ambulance driver at the front. Narrator Hope Davis brings an almost painful clarity to Stella’s conviction that she must have done something terrible before she got the shrapnel wounds that hospitalized her. Davis makes each new memory revelation significant. The shock in her voice is palpable when Stella learns who she really is, and she’s completely convincing as memories overwhelm, filling in Stella’s blank spaces. Anita Shreve’s books often begin with an intriguing premise that somehow slides into another, completely different, direction before the conclusion. Here Davis makes Shreve’s plot turns and surprises credible without resorting to melodrama. An engrossing listen. S.J.H. © AudioFile 2013, Portland, Maine [Published: NOVEMBER 2013]