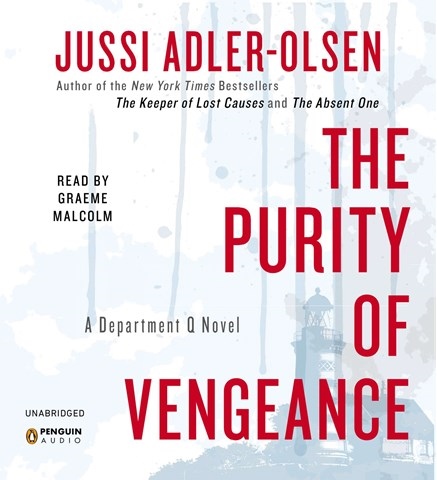 THE PURITY OF VENGEANCE A Department Q Novel

A bad flu bug is sweeping through Department Q—home of cold cases and lost causes. That creates an extra challenge for narrator Graeme Malcolm, who must voice Detective Carl Mørck and his staff with occasional stuffed noses. Adler-Olsen is a master at humanizing his characters, and Malcolm capitalizes on that skill, avoiding clichés, for example, when voicing Mørck’s assistants, the Syrian, Assad and the multiple-personality-afflicted Rose. Villains are also spared any stock qualities, so much so that the listener often sympathizes with them. The overall production is pristine and, like other translated mysteries, applies United Kingdom accents to differentiate characters. In general, Malcolm navigates the book convincingly, and this installment of the Department Q series excels in audio and literary talent. R.W.S. Winner of AudioFile Earphones Award © AudioFile 2013, Portland, Maine [Published: DECEMBER 2013]