Home»Reviews»HOW TO TRAIN YOUR DRAGON 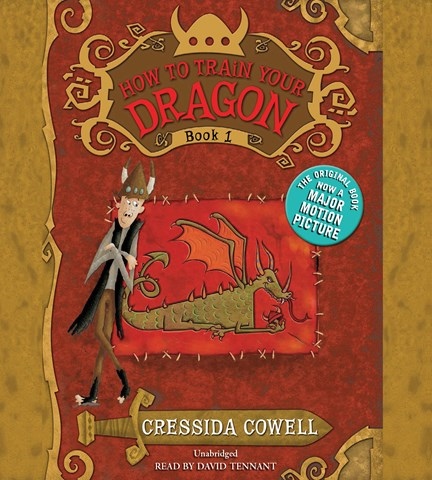 HOW TO TRAIN YOUR DRAGON

David Tennant, best known for his role as Doctor Who, brings a slew of Scottish accents to this high-spirited rendering of Hiccup Horrendous Haddock III’s journey toward true heroism. Hiccup is the heir to the Hairy Hooligan Viking Tribe, but he must pass the dragon initiation program to become a full member. When Hiccup manages to catch the smallest dragon anyone’s ever seen, he and his new charge, Toothless, are relentlessly mocked. The taunting tones applied to Snotlout and his grunting sidekick, Dogsbreath, are a hoot. Tennant has a special talent for creating larger-than-life voices, particularly the lisping and stuttering of the dragon, Toothless, and the deep, malicious purring of the sea dragon. Music and ominous dragon roaring between scenes accentuate the performance. M.F.T. © AudioFile 2014, Portland, Maine [Published: MARCH 2014]