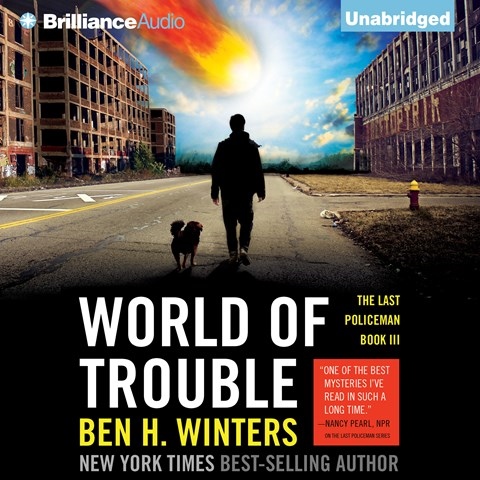 The third audiobook in The Last Policeman trilogy may not be the place to start, but Peter Berkrot's dependable narration makes the going a lot easier. Detective Hank Palace is trying to find his lost sister before an asteroid hits and destroys Earth. He and his sidekick, Cortez, head for a rural police station, but unexpectedly there's another murder to solve. Berkrot excels at portraying Palace's insightful thinking as well as the dry humor that courses through the book. He's adept at portraying the Amish man who brings peace to Hank on what is supposed to be the final day. This audio is compelling enough to inspire listeners to backtrack to Berkrot's performances of Winters's previous offerings. A.L.H. © AudioFile 2014, Portland, Maine [Published: DECEMBER 2014]