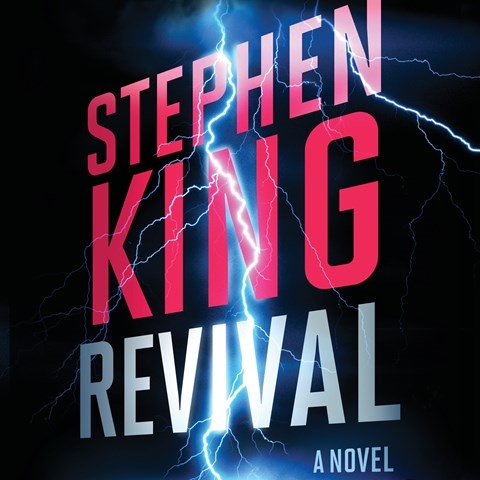 If you lose interest in this overwritten audiobook, don't blame narrator David Morse, who does his best to keep the story moving. Morse is such a good performer that the listener has no problem knowing who is speaking at any time, whether it's a young boy, an old man, or a charlatan suffering from a minor stroke. Stephen King's latest novel is the story of a preacher who uses his knowledge of electricity to zap people's brains and heal them, though many eventually suffer deadly side effects. That story is juxtaposed with the story of a heroin-addicted musician who met the preacher as a child. The story is dense. M.S. [Published: DECEMBER 2014]