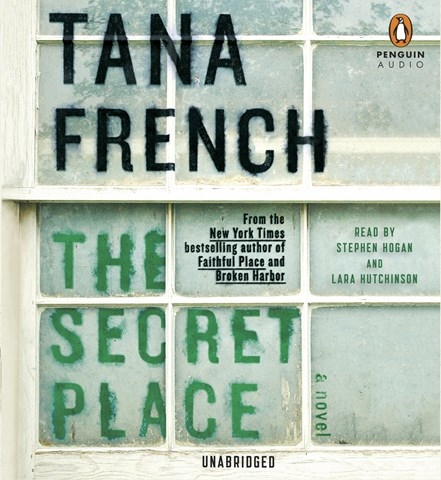 In French’s new entry in the Dublin Murder Squad series, a visiting teenager is violently murdered at a girls’ school. Expert narrators Stephen Hogan, sounding emphatic, focused, authoritarian, and Lara Hutchinson, sounding acerbic and knowing, trade chapters. Investigators Stephen Moran and Antoinette Conway deftly explore the nature of teenage friendship and loyalty to uncover the killer after a simple note appears that says, “I know who killed him.” Fans of the bestselling French find able partners in bringing the world of teen angst to life as Hogan and Hutchinson use their honed voices to maintain the tension all the way to the revelation of the killer. R.O. © AudioFile 2014, Portland, Maine [Published: OCTOBER 2014]