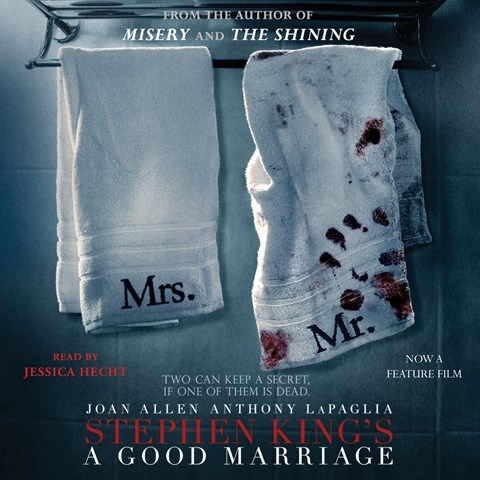 Reissued to coincide with the movie release, this noir tale from King takes us into the horror of a spouse who hides a horrendous secret. Listening to a suburban housewife discover that her husband has raped and killed numerous women brings the unsettling sensation that we can never truly know another person--nor the actions we are each capable of performing. Jessica Hecht's narration is marred by forced characterizations and a tendency to raise her pitch at the ends of sentences. When Hecht is simply speaking, her voice flows evenly, but it becomes artificial as she steps into character voices. This story was included in King's previously released work FULL DARK, NO STARS. M.L.R. © AudioFile 2014, Portland, Maine [Published: NOVEMBER 2014]