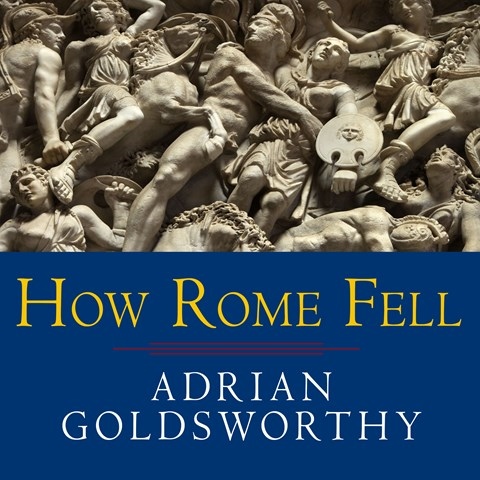 HOW ROME FELL Death of a Superpower

For some reason, the history of the fall of the Roman Empire often has a British inflection, and Derek Perkins's accent brings just the right note of erudition and modernity to this daunting subject. All those centuries. All those emperors and battles and barbaric incursions. This is the third of Goldsworthy's books that Perkins has narrated, and he achieves a fine rendition of this superb writer's measured, impartial tone. Here, without the benefit of a central focusing figure like Caesar or Augustus, the narrator's own pace and focus must fill in the gap, and Perkins finds his thread, as Goldsworthy does, in our own knowledge and understanding of the great empire whose language, artifacts, and institutions--and collapse--still shape our world today. D.A.W. © AudioFile 2015, Portland, Maine [Published: APRIL 2015]