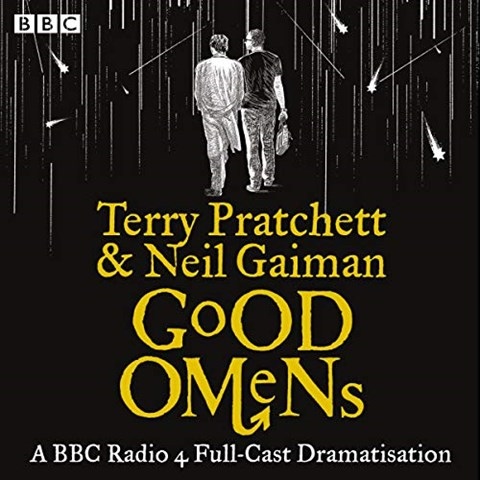 Neil Gaiman and Terry Pratchett’s 1990 comic novel about the Apocalypse translates perfectly to radio theater. The full cast of British voices enhances the zany nature of the story, which features witches, witch hunters, prophecies, the Four Horsemen of the Apocalypse, and an 11-year-old Antichrist. Standouts include Peter Serafinowicz and Mark Heap as odd couple Crowley (a demon) and Aziraphale (an angel), who’d like to avert the end of days because they rather enjoy the comforts of their lives on Earth. Sound effects make the production, which was adapted and directed by Dirk Maggs for BBC Radio, a fully immersive experience. Authors Gaiman and Pratchett even make a cameo appearance. It’s all wonderfully silly fun. J.M.D. © AudioFile 2015, Portland, Maine [Published: APRIL 2015]