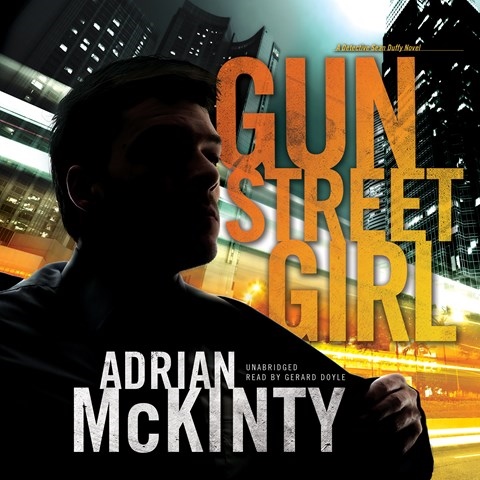 Gerard Doyle gives a stunning narration of the fourth installment of McKinty’s Detective Sean Duffy series, which focuses on the period of the Irish Troubles. The plot—involving a suspicious murder-suicide possibly connected to arms dealers—is packed with the subtle nuances and passions of the beat-down, highly complex Royal Ulster Constabulary inspector. Simultaneously, Duffy's protégé, Alexander Lawson, possesses the unrestrained wonder and eagerness of an optimistic youth. Doyle portrays these opposites with an elegant grace that makes listeners forget he's even there. From the subtle changes in dialect to McKinty's distinct writing cadence and dark humor, Doyle hones in on the details that make this procedural a joy to listen to. J.F. Winner of AudioFile Earphones Award, 2016 Audies Finalist © AudioFile 2015, Portland, Maine [Published: APRIL 2015]