A West Virginia native now based in Brooklyn, Megan is an actor and award winning audiobook narrator. She has recorded over 200 audiobooks from her home studio with such publishers as Penguin Random House, Simon & Schuster, Hachette, Harper Collins and more. Additionally, she has numerous credits in stage, film, and television. She holds a Bachelor of Arts in Theater from James Madison University. When not on stage or in the booth, she can be found knitting in the company of good friends. 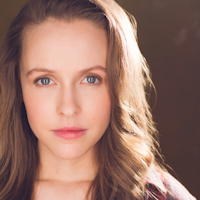