“My work is just the most acceptable aspect of being trapped in the car with one’s family, which is the most deadly damnation that fate offers. I don’t think that we should mistake it for honest enjoyment.” 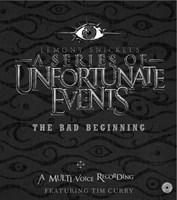 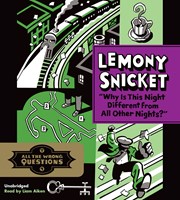 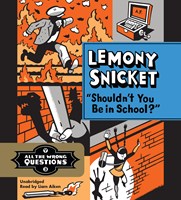 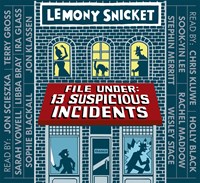 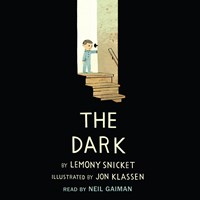 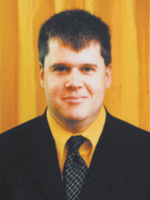 “It was very, very hard. It was unbelievably arduous. It was the worst kind of arduous.” He sighs. “I know how to say words out loud, but as it turns out, I’m not good at saying them out loud without pausing or smacking my lips or mispronouncing them or adding an ‘um.’ In the end, everyone said, ‘Thank you very much for your participation. Now go home.’”

He went and has ever since been deeply grateful to Tim Curry, the series’ best-known narrator. “I think he does a splendid job,” says Snicket’s creator fervently.

The 11 books in A Series of Unfortunate Events chronicle resourceful orphans Violet, Klaus, and Sunny Baudelaire in the midst of gleefully unbearable calamities. A film version of the first three books, starring Jim Carrey, Meryl Streep, and Jude Law, is scheduled for release in December. Although Handler wrote part of the screenplay, he says, “Movie-making is a director’s game.” He’s as excited as everyone else to see the results.

Handler’s books give the Baudelaire siblings every possible drama. “Danger,” Handler says, “makes a more interesting story.” And it gives him an opportunity to write about virtue without sounding moralistic. “The orphans are very good to each other. They are extraordinarily kind people. Admirable heroes.” They exemplify, he says, “one of my philosophical tenets, which is to try not to be as nasty as the nastiness around you.”

The books are funny as well as dramatic. “But I don’t think that a lurker outside my office would hear a great deal of helpless laughter.” Okay, perhaps a chuckle. “But I have no way of knowing if my favorite funny bits are the same as other people’s favorite funny bits.” Handler pauses and then says in a brightly sincere tone, “I guess that I should do market research on funny bits. I could collect the information in binders to refer to as I write.”

Speaking of writing, the twelfth book is under way. “It takes place in a hotel,” he offers. “Although, as the eleventh ends with the children on the way to a hotel, that’s not a very tantalizing detail.”

Tantalizing detail or not, Handler’s sly comical series has offered many happy hours of family listening. He has even made car trips enjoyable.

“Oh no,” says Lemony Snicket, speaking for Handler. “My work is just the most acceptable aspect of being trapped in the car with one’s family, which is the most deadly damnation that fate offers. I don’t think that we should mistake it for honest enjoyment.”—Aurelia C. Scott