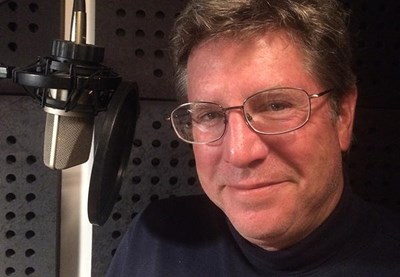 "You have to put yourself in the author’s shoes." 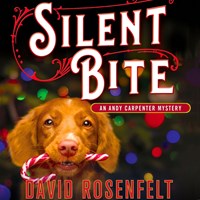 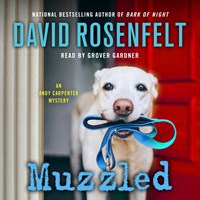 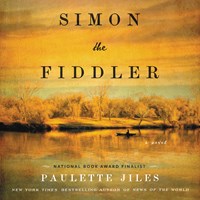 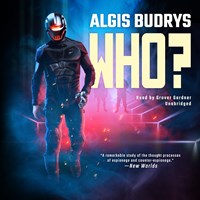 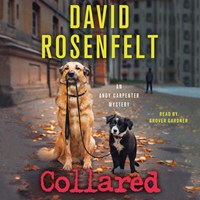 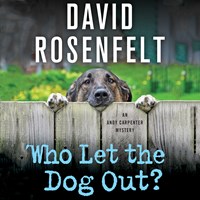 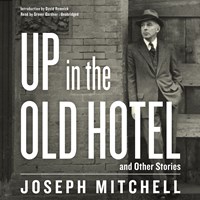 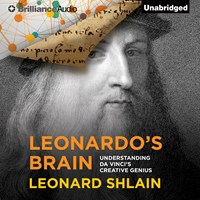 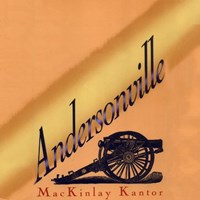 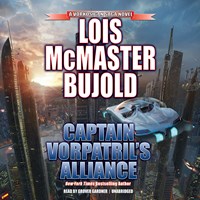 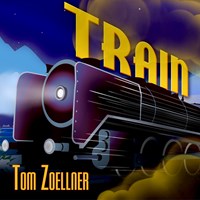 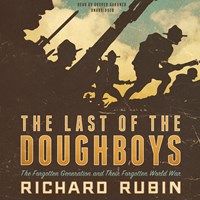 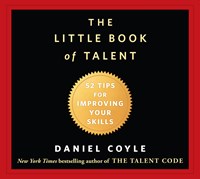 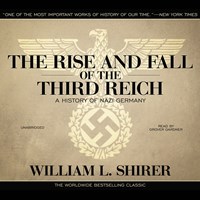 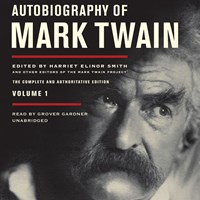 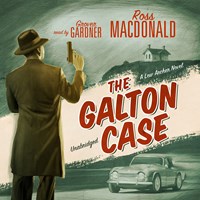 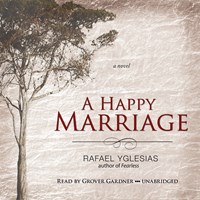 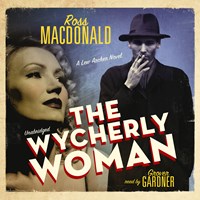 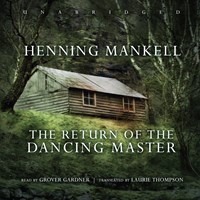 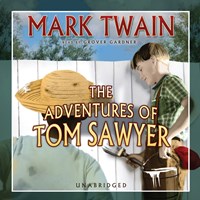 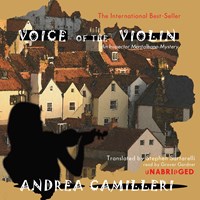 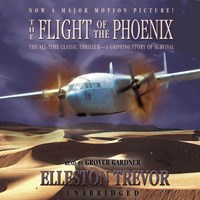 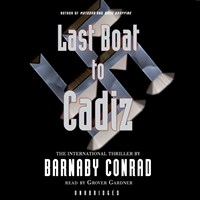 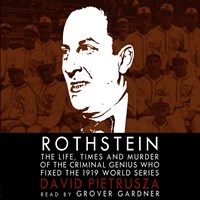 One of the most celebrated and accomplished narrators of audiobooks, Grover Gardner has recorded in a voice of “sandpaper and velvet” for nearly three decades. After first working in Washington, D.C., for the Library of Congress, Grover established his own independent recording studio in Maryland, where he recorded hundreds of audiobooks that garnered awards throughout the industry. Grover is one of AudioFile’s Golden Voices and has received dozens of Earphones Awards for exceptional performances. In 2007, Grover moved to Ashland, Oregon; he continues to record as well as manage Blackstone Audiobooks productions as Studio Director.

Grover has always been interested in theology, spirituality, and Christian literature. His audiography of recordings includes works by Dallas Willard, A.W. Tozier, Will Durant, John Piper, R.C. Sproul, Eugene Peterson, and Francis Beckwith. Grover notes that these works pose an interesting challenge. “You have to put yourself in the author’s shoes, because the author has a specific plan or methodology that will be of tremendous benefit to their specific audience. Then, as the narrator, you have to create that specific audience, and I imagine an audience hungry for spiritual information. I commit to each point of view during the recording to make it interesting and instructive.” What most listeners might not know about Grover is that he has narrated hundreds of audiobooks for a variety of publishers under two additional names: Tom Parker and Alexander Adams. Working alone in the small basement studio of his home in Maryland, delivering stories in a voice of sandpaper and velvet, Gardner narrates mostly for Books on Tape and Blackstone, among other publishers. His most high-profile book to date, a career breakthrough, is the special-effects-spiced, unabridged novelization of STAR WARS: THE PHANTOM MENACE, recently recorded in a joint effort by BOT and Random House under the Adams moniker. Here Grover got a rare opportunity to show off his flair for mimicry.

Getting into character is key to Gardner's work. He began using pseudonyms to do just that and found the practice a help in the studio. "When I step into the booth at 10 a.m., I have to step into my narrator persona, which, as neutral as it may be, is still a persona, an attitude, an approach I take to the work. I'm not Grover Gardner, I'm the narrator; this view helps me stay consistent and keeps the work interesting." Gardner still jealously guards his flexibility as a generalist, narrating a remarkable variety of books—"from Elmore Leonard to Will Durant"—while pursuing his love of theater by directing two or three professional stage productions a year in the Washington, D.C., area.—December 1999

December 2007:  The year brought a lot of change as Grover assumed the post of studio director for Blackstone Audio and moved to the West Coast, but it didn’t impede a string of fine performances of eclectic nonfiction and philosophy. For suspense, try the recent PLAY DEAD .

December 2006:  Grover's command of an author's intent makes his narrations of complex philosophies and cultural histories readily accessible to listeners. Recent public interest in "spiritual theology" gave Grover the opportunity to record some thought-provoking titles, from Stott's BASIC CHRISTIANITY to Peterson's CHRIST PLAYS IN TEN THOUSAND PLACES. And he showed his skill with biographical portraits in the Earphones-winner THE RELUCTANT MR. DARWIN by David Quammen. He added another installment to Lois McMaster Bujold's space opera, THE VOR GAME , and a look at the evolution of football—Michael Lewis's THE BLIND SIDE.

December 2005:  It's been a year filled with exciting recordings for Grover. High points include Earphones winners THE STORY OF PHILOSOPHY by Will Durant and Elleston Trevor's THE FLIGHT OF THE PHOENIX , as well as Robert Littell's LEGENDS and CINDERELLA MAN by Jeremy Schaap. Grover tells us he's also delighted to have recorded Lois McMaster Bujold's sci-fi series titles THE VOR GAME and THE WARRIOR'S APPRENTICE.

December 2004:  Grover has had a busy year with a variety of recordings, including political and historical works— ALEXANDER HAMILTON , THE LAST STAND OF THE TIN CAN SAILORS , and several more titles by Will Durant including THE LESSONS OF HISTORY and THE STORY OF PHILOSOPHY . He also was a part of Pocket University’s 9/11 COMMISSION REPORT . THE WISDOM OF CROWDS added another Earphones Award to Grover’s cache. We also loved his recording of mystery master Ross Macdonald’s MEET ME AT THE MORGUE . Outside the studio, Grover directed several college theater productions and taught graduate-level voice-over and narration seminars in Washington, DC, and New York City.

December 2003:  Grover brought his count of Earphones Awards to 15 with Rick Reilly’s WHO’S YOUR CADDY ? and a superb performance of HUCKLEBERRY FINN . We often commend Grover for his clear, relaxed delivery that encourages active listening, and we loved how he brought out Christopher Buckley’s satire and warmth in WASHINGTON SCHLEPPED HERE . And in more nonfiction, Grover began a lengthy project of Will Durant's HEROES OF HISTORY . We're always interested the books that intrigue the narrators. Grover told us about two that got his attention this year: NOBLE OBSESSION, a story about Charles Goodyear and the development of vulcanized rubber; and IN THE NAME OF ISHMAEL , a vast international mystery by Giuseppe Genna on the scale of Umberto Eco's novels. Away from the mic, Grover has directed several student productions at Catholic University of America in Washington, D.C. And, on the personal front, Grover's daughter, Alicia Beth, was born this April. Will we now hear Grover doing some children's titles?

December 2002:  Grover notes some of this year's highlights: MASTER OF THE SENATE by Robert Caro, THE CROSSING by Cormac McCarthy, and ABSALOM, ABSALOM! by William Faulkner. More Shelby Foote titles and Jeff Shaara's THE GLORIOUS CAUSE came his way. Grover also draws our attention to a new release— CLOUD OF SPARROWS —a historical fantasy by Takashi Matsuoka.

December 2001:  Grover has had a busy year recording, working with new digital formats and directing the stage production of Clifford Odet's ROCKET TO THE MOON. It's hard for fans to see live performances of favorite narrators, but the beauty of audiobooks in their enduring presence. Grover's recordings this year have encompassed expertly done thrillers by Jeffrey Deaver SPEAKING IN TONGUES and the Alex Delaware series by Jonathan Kellerman, WHEN THE BOUGH BREAKS and OVER THE EDGE ; Star Wars territory of the NEW JEDI ORDER ; and two outstanding biographies TOUCHING MY FATHER'S SOUL by Jamling Norgay, son of the famous Sherpa guide who accompanied Edmund Hilary to the top of Mt.Everest, and DANTE by R.W.B. Lewis. Our review calls this short biography "A superb audio experience in every way."

As far as achievements in narration go, Grover takes the prize for volume. Or volumes—11 volumes that is, in THE STORY OF CIVILIZATION by Will and Ariel Durant, which Grover recorded as Alexander Adams. He completed these recordings over the last five years, recording more than 30,000 pages in this masterwork of history. Grover also read a complement of biographies, including those about Artur Rubinstein, Mozart, and Mao Zedong, and broke up the serious works with Elmore Leonard's PAGAN BABIES and several titles in Stuart Kaminsky's Toby Peters series. Grover's clear, engaging voice can also be heard in The New York Times financial series and the Wiley business audiobooks. Grover participated this fall in the APA's Narrator Panel in New York City. In live theater Grover directed and acted in several productions at the Everyman Theater in Baltimore.