Home»Reviews»CHARLIE MARTZ AND OTHER STORIES 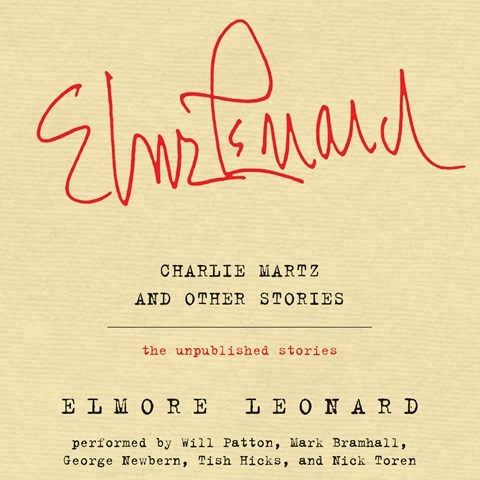 CHARLIE MARTZ AND OTHER STORIES The Unpublished Stories

This collection is packed with entertaining nuggets, and the narrators are all on target, but the Elmore Leonard stories themselves--most of them early, unpublished works--use styles and techniques that Leonard would later abandon or refine. For example, Will Patton starts the collection with the right mix of cynicism and fatalism in "One, Horizontal," a noir-ish first-person tale with an O. Henry ending, all elements that Leonard later shunned. This formula--great narration and unexpected stylings from Leonard--makes CHARLIE MARTZ an oddity among Elmore Leonard's 40+ audiobooks. The thematic seeds are there--the underestimated man, women and men as partners, the battle against social injustice--but the stories are missing the twinkling dialogue and light pacing of the mature Leonard. Kudos to all the narrators, especially Tish Hicks. R.W.S. © AudioFile 2015, Portland, Maine [Published: JULY 2015]