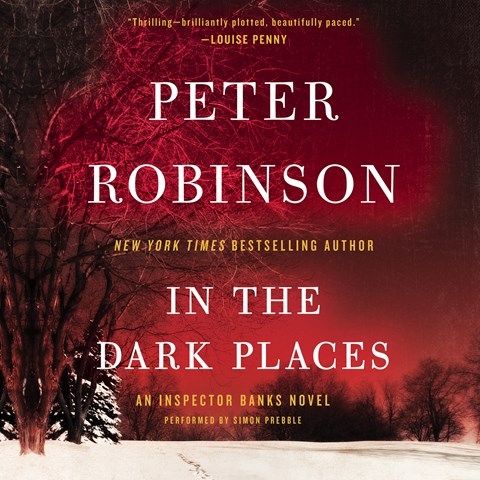 This dark police procedural is set against the backdrop of a bleak early spring in the north of England. The investigation of a theft takes a turn with the disappearance of two persons of interest. Simon Prebble narrates at a controlled pace, allowing the plot, with its often gruesome twists, to unfold naturally. Introducing listeners to a wide cast of characters, including male and female officers and various suspects and witnesses, Prebble employs gentle characterizations. At times, his approach may be a little too subtle to keep track of the many key players with ease. But, overall, his narration conjures the sense of urgency and desperation of the investigators and helps build suspense. K.J.P. © AudioFile 2015, Portland, Maine [Published: DECEMBER 2015]