Home»Reviews»DOWN AMONG THE DEAD MEN 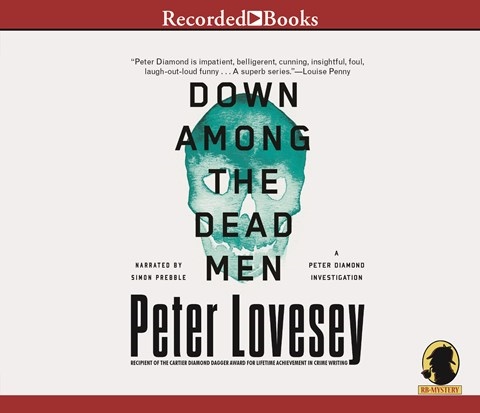 DOWN AMONG THE DEAD MEN

Simon Prebble is always fun, and never more so than here, as crusty Detective Peter Diamond is tapped much against his will to partner with his self-important and officious boss, Georgina Dallymore, in a sort of internal black op. They are off to investigate alleged misconduct in another police jurisdiction, where the accused turns out to be an old colleague of Peter's. The plot is suitably baroque, always two steps ahead of you, but the real fun is in Prebble's subtlety as a performer. He's a master of accents; with the slightest inflection he gives you class, age, sex, education, ethnicity, and personality, a Rembrandt of vocal portraiture. Lovesey is at the top of his game, and Simon Prebble is his perfect audio counterpart. B.G. Winner of AudioFile Earphones Award © AudioFile 2015, Portland, Maine [Published: SEPTEMBER 2015]